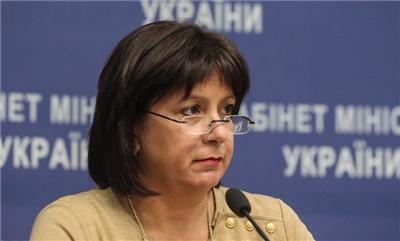 Ukraine could theoretically declare a moratorium on the payment of the public debt at the end of July because this right is enshrined by law. This was said today, June 25, Finance Minister Natalia Yaresko, wrote UNIAN.

"Theoretically it (the moratorium) is possible. As you know, the Verkhovna Rada adopted the law", - said the minister.

Recall, according to a Goldman Sachs analyst Andrew Matheny, Ukraine may miss a coupon payment on the bonds in July. He believes that the Ukrainian government can declare a moratorium on foreign debt Paymaster until July 24 - the date of payment.

The Ministry of Finance expects to meet with the creditors' committee, with the participation of the International Monetary Fund (IMF) in Washington on June 30 or July 1. According to some reports, the IMF specialists are going to review the status of Eurobonds for $ 3 billion, issued by the government of Yanukovych-Azarov for a loan of the Kremlin at the end of 2013, and declare their official rather than private debt.

The IMF has repeatedly declared it will lend Ukraine, regardless of the outcome of negotiations with a group of creditors. However, the rules of the Fund prohibit it to lend to countries defaulted on official duty.

In Ukraine, last Thursday, June 18, the law came into force, allowing introducing a moratorium on foreign debt payments. June 22 the committee of creditors published in the Financial Times a statement that he was ready for talks anytime soon.