The U.S.Senate offer help to Ukraine with weapon and reconnaissance

Interesting about Ukraine » News » Crisis » The U.S.Senate offer help to Ukraine with weapon and reconnaissance 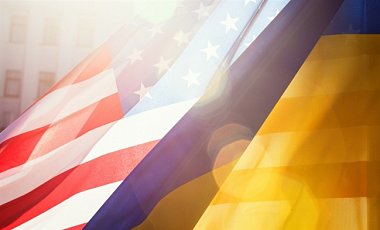 US Republican Senator from Ohio, Rob Portman has submitted two amendments to the budget of National Defense in 2016 to help Ukraine, which continues to struggle with the Russian aggression. This is stated on the official website of the senator.

The First Amendment permits the allocation of funds to ensure that the Ukrainian military counter-artillery radar, defensive lethal weapons, drones, communications security. The amendment requires the allocation for this purpose at least $ 60 million.

The second amendment is considering the implications of the conflict in Ukraine for the US military. It will include, among other things, report on the impact of information warfare of the Russian Federation, as well as the conclusions of the conflict could affect the production of American tanks Abrams. "My second amendment will allow us to draw lessons from the conflict, and to explore their implications for the US Armed Forces," - said Portman.

"I am pleased to offer these amendments, and I will continue to insist on the continued support of the Ukrainian people at this critical time", - he added.

Earlier it was reported that US senators need to give Ukraine a lethal weapon after 1 October.