The recipes of Ukrainian kutya 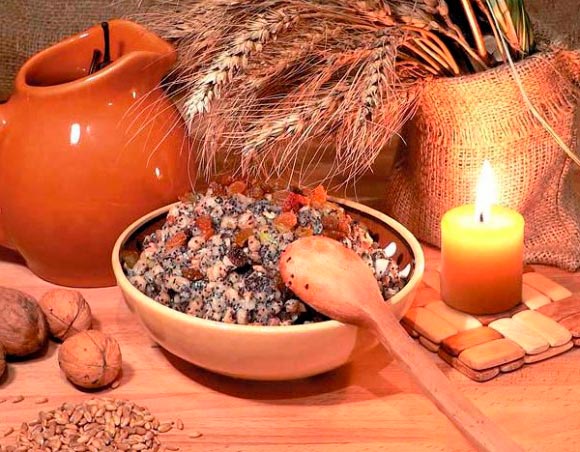 The main attribute of a delicious Christmas menu in Ukraine still remains Ukrainian kutya. There are many recipes of kutya, but today you will find unusual recipes of kutya, which are popular in different regions of Ukraine.

The classic recipe is kutya with a wheat, poppy seed, honey and nuts. However, it is often made from barley, rice, millet, and even bobalek - balls of dough. In different regions of Ukraine preparation of kutya, as relevant to this ritual dish is different, but almost every family is that they kutya - if not the most correct, then certainly the tastiest.

Thus, in the Kyiv region often cook classic kutya of wheat, and sometimes from barley.

Recipe of Kutya in Kiev

A glass of wheat should be soaked overnight in the morning, put a little fire and cook until tender. Add 100 grams of poppy (frayed in a mortar or coffee grinder), chopped nuts and raisins washed. Mix and season with warm melted honey to taste.
In this case, the hostess is not advised to buy poppy in a store and choose the market, so you can try it out "for a tooth" - not a bitter. 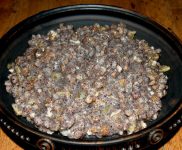 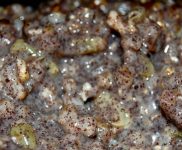 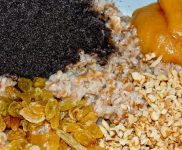 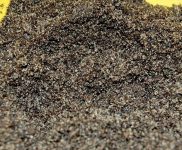 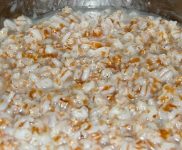 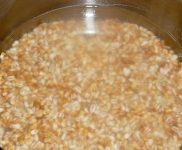 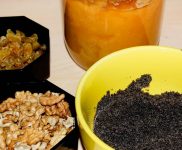 In the western Ukraine remained a special relationship to Christmas. At Holy evening, on the eve of Christmas, all households must be at home, and the dinner should consist of twelve meatless dishes. On the Rivne region ready to put kutya on Pokuttia - a place under the icons. Under the pot is placed in a specific way folded sheaf of hay (criss-cross and tied). At each corner of the table under the cloth, put on the tooth of garlic from evil forces.

Soak the wheat overnight. In the morning the water is drained, leaving only two fingers on the grains. After the wheat is cooked until tender. To it add the nuts, dried apricots, raisins, poppy seeds and fill with melted honey to taste. Poppy is not rubbed or soaked.

At Poltava in the old days woman got out of kutya from the oven, and after passed into the hands of her husband or child, and put that dish on Pokuttya. There she had to stand up to January 14, and each day kutyu is a fresh brewed. It was believed that during the week of the souls of dead ancestors can watch live. It is for them and prepared a fresh meal.

Wheat (or wheat grain) is poured on the night of cold water in a ratio of one to two, and then simmered. Cooked porridge poured of Uzvar (compote) to the consistency of thick soup. Uzvar should be concentrated and sweet - from apples, pears and prunes. And no raisins, poppy and other components. 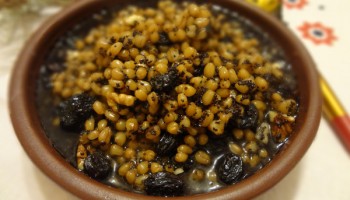 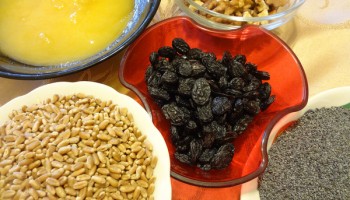 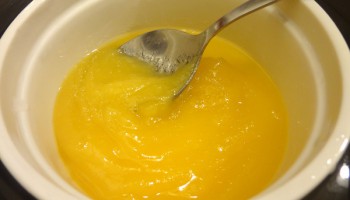 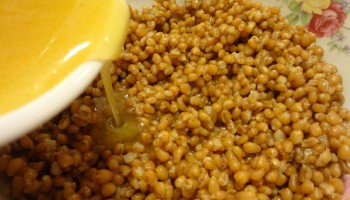 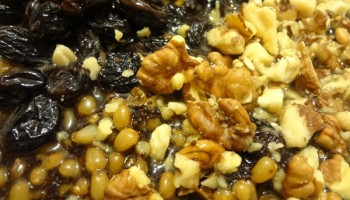 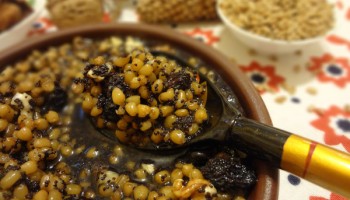 rozhdestvenskaya-kutya-620×714
Previously, the table set two pots, one with Uzvar, and the second with uncondiment kutya, but today the two components are mixed at once. However, there is a more modern recipe.
Need to cook grits and wheat flour to prepare condiment: crushed poppy (pre-soaked for a few hours), nuts, prunes, apricots or pour warm water mixed with honey. Kutya just before serving, and usually does not look like porridge, but as a soup.

By the way, in Transcarpathia also prepared liquid kutya.

Kutya in the Carpathian

Decoction of wheat mixed with Uzvar, water is added, which steam poppy honey to taste, chalking nuts and chalking poppy.

In the Carpathians spread of Lemko kutya from bobalki.

But in the Zhytomyr cook "drunk" kutya even.

Recipe of Kutya in Zhitomir

Wheat or barley is poured for half an hour in cold water. After that, run off, pour the boiling water and cook until tender over low heat. In the finished porridge add pounded poppy, steamed for half an hour raisins, finely ground nuts and dried apricots. Kutya poured grape juice, add a spoon of honey and a spoon of sweet red wine.

First, prepare yourself bobalki. To do this, roll the fresh yeast dough and cut out a small ball (you can use the lid of the soda water). When bobalki fit, they need to send on a greased baking sheet oil in the oven. According to the artist from Uzhgorod Miroslava Rosul, oven bobalki be the day before Christmas, so they had time to brew. Kutya itself is made from bobalki previously sprinkled with water, grated poppy, nuts and honey.

Cook the barley. Poppy rubbed with sugar. Separately crush a large nuts. Scald the raisins in boiling water. Before serving, mix all ingredients except the poppy. Poppy is diluted with warm boiled water with honey. This condiment is poured cereal into bowls already, just before serving. And in Cherkassy Ukrainian kutya filling should be plenty. Sometimes, it added a little dried berries (mostly blackberries) to acidify the taste.

But in eastern Ukraine kutya made from rice.

In the Odessa region kutya prepared following the same recipe, but it is often added halva.

In the Donetsk region and does cook rice kutya with cherries. 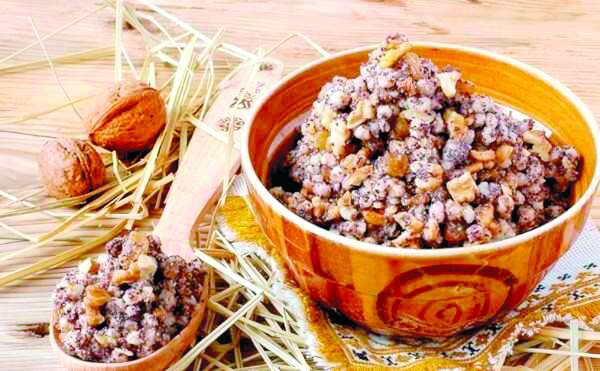 Boil the cup of rice. Boil stewed cherries or cherry take canned in own juice (sometimes replaced Uzvar). Ready rice mixed with berries compote, add nuts, seasoned cherry juice or Uzvar. The main thing is do not over do it: kutya should not "float".

In Cherkasy region kutya often made from pearl barley.

Well, a "secret ingredient" of kutya, which does not depend on the region of Ukraine, - a traditional wish that promises and "the joys of life," and good, and well-being, and, of course, a special taste of the main Christmas Ukrainians'meal :« Smachnoї vam kutі! "