Jamala named the city for the Eurovision-2017 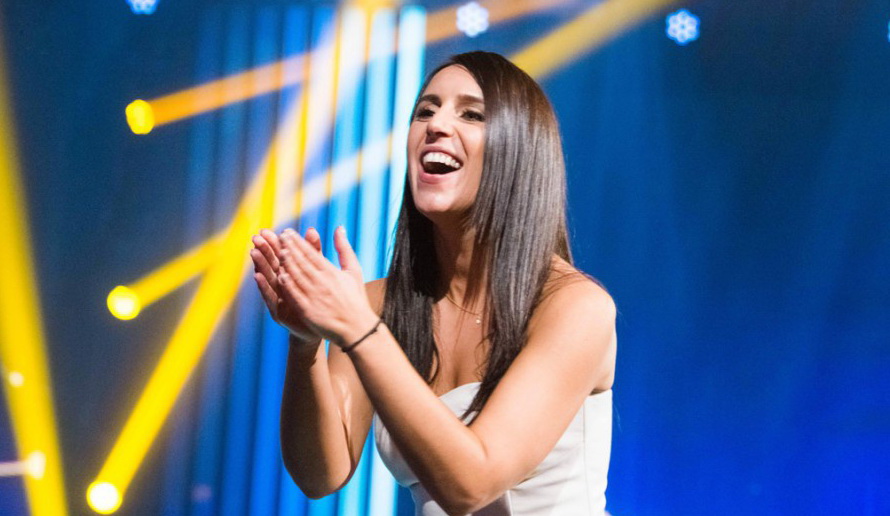 Jamala considers that the Eurovision-2017 needs to be carried out in Odessa, however she doesn't know whether the city infrastructure is ready

The winner of the Eurovision-2016 Ukrainian singer Jamala considers that in Odessa has to be taken place the competition next year. Viva reported about it.

According to Jamala, it is incredibly beautiful city in the middle of May.

“The green city, hospitable, beautiful, with remarkable cuisine. Wherever you come – everywhere tasty, people smile, sea air. Here God ordered to organize festivals, film festivals. I consider that this just ideal place for film festivals, for musical festivals, for a large-scale event which would represent the country. Another matter, I don't know as far as Odessa has ready infrastructure”, - Jamala has noted.

On July 19, at 21:30 in Mariinsky park on a summer scene of Rakushka near Dynamo stadium was showed prepremiere of the movie of Bogdan Kutepov “Look at yourself!” about a way of the Ukrainian singer Jamala to a victory on the Eurovision-2016.

On May 15 the Ukrainian singer Jamala with the song 1944 devoted to deportation of the Crimean Tatar people won the song competition Eurovision-2016 in Stockholm, than has defined holding a competition in 2017 in Ukraine.

That’s why Ukrainian cities have at once entered fight for the right to carry out the Eurovision. For example, the mayor of Kiev Vitaly Klitschko declared that the capital has already begun preparation for action. Dnipro have joined in race. Its mayor Boris Filatov has promised to prepare the letter for the prime minister with the offer to spend the holiday “in the city which has stopped the Russian world”. Lviv and Odessa are ready to organize a top-level song competition.

Liga.net also conducted the survey and suggested readers to choose the city. During this time part in vote was taken by 3990 people. The most part (33,1% of respondents) have chosen Lviv. On the second place - Odessa (23,6%). Kiev (23%) was the third with small lag.