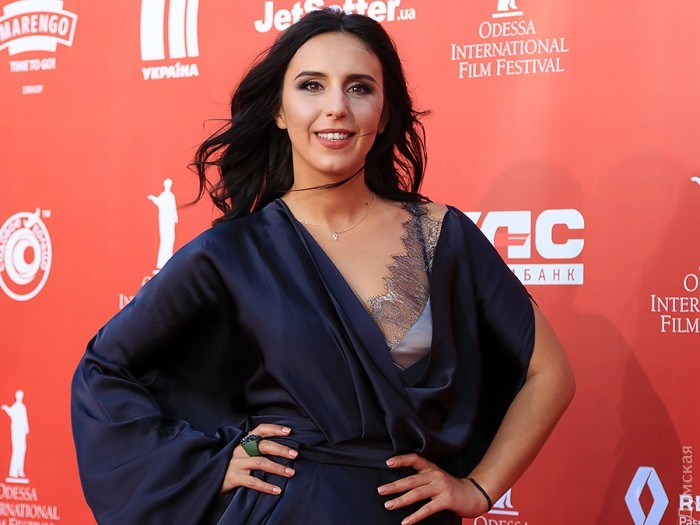 This city inspires me, Jamala told and made a declaration of love to Kiev

The winner the Eurovision-2016 Ukrainian singer Jamala said that she was very glad that Kiev would host this song competition. She told about it in DW interview.

“Honestly speaking, I am very glad. I just didn’t understand why there was so long chose of a city and so long these tours between cities. But I am happy with result. I stood neuter all the time. For some reason all asked me about result. How I can know in what city it is better to hold the Eurovision. The business is not anymore in music, and everything depend, so to say, on the room, infrastructure”, - Jamala noted.

According to her, the winner of a competition can't influence anything anymore. “Therefore I sat and looked at vote as well as all Ukrainians as all people, who interests the Eurovision, and to which was interesting where this competition will take place next time. Yes, I am glad that it will be in Kiev, after all there are two airports, it is a lot of hotels”, - Jamala told.

She explained why she loves Kiev. “I love this city, here I studied in conservatory, all my friends are here, my studio where I write, concert venues which I love. This city inspires me”, - she emphasized.

On May 15 the Ukrainian singer Jamala with the song 1944 devoted to Crimean Tatar people deportation won at the song competition Eurovision-2016 in Stockholm, than defined holding a competition in 2017 in Ukraine.

The Eurovision-2017 will take place in Kiev, in the international exhibition center on the Left coast.

On July 22 the final of tender was reached by Kiev, Odessa and Dnipro.

The announcement of host city of the Eurovision-2017 was postponed several timed: at first it was planned to determine a winner till August 1, then by the Independence Day, the briefing announced for August 25 was also cancelled.

The head of National TV Company Zurab Alasania (the TV Company in engage in the organization of tender) explained a delay in determination of the city owner with problems in organization. According to him, the working group of organizing committee took a timeout – on refining and joint completion of line items with the cities.