On the meeting representatives of Ukraine, International Monetary Fund and creditors was not reach agreement, parties of agreement discussed possibilities of Ukraine to pay off debts 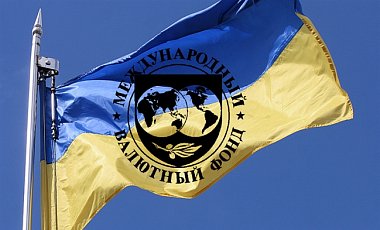 Tripartite meeting in Washington between Special Commission of creditors in Ukraine, representatives of Ukrainian government and also International Monetary Fund was completed in the Tuesday evening. Agreements were not being reached, but parties coordinated their positions on question state debt rescheduling of Ukraine.

“Today representatives of International Monetary Fund took part in technical conference between Special Commission of creditors of Ukraine and Ukrainian government in General Headquarters of International Monetary Fund in Washington. During the meeting they discussed the purpose of transactions on the restructuring of public debt (in Ukraine). As well as medium-term macroeconomic framework of the program support fund, as specified in the extended arrangement (EFF), approved by the IMF Executive Board March, 11 in 2015, "- noted the results meeting in the official report of the Fund.

Fund urged Ukraine and creditors "continue to work towards reaching an agreement in accordance with the purposes of financing and transactions with debt in the framework of the economic reform program supported by the IMF."

Meanwhile, according to a source close to the talks in Washington, it was reported that the main purpose of this meeting was not originally intended to achieve any agreement between Ukraine and the creditors. The talks were of a technical nature, the parties checked the economic indicators and forecasts for Ukraine, in particular, the ability of the Ukrainian side to pay its debts”.

It is to be recalled that in 28 June the Minister of Finance of Ukraine Natalia Yaresko said that a possible technical default in Ukraine will not affect the banking system in the country and citizens. According to her, the declaration of default by Ukraine in July is "theoretically possible". Prior to that, Goldman Sachs analysts suggested that Ukraine cannot pay the coupon on Eurobonds on July 24 and prevent a default.