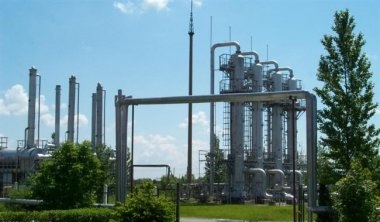 All this year in gassy storages was pumped 3,5 billion cu m of natural gas.

Thus far, 15 June, in Ukrainian gassy storages are over 11,1 milliard cu m of gasoline, what is on 31% more than in the beginning of gas injection season. That fact was announced by signal office of OAO UKRTRANSGAS.

All this year to Ukrainian gassy storages was pumped 3.5 milliard of natural gas. According to information collected, natural gas accumulates in seven gassy storages with optimal technological mode – 60 million cu m in a day. In such a way, from 1 to 14 June national underground gas storage facility appended on 0,9 milliard cu m.

It is to be recalled that since May 2015 operators of Ukraine’s gas transportation system has started preparation for heating season 2015-2016.