How much money Ukraine will receive from international donors in 2015 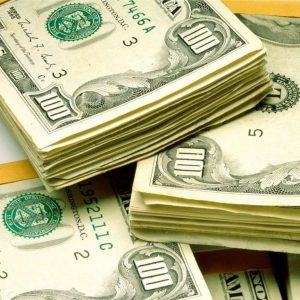 Under the current program of cooperation with the IMF (EFF), Ukraine undertook to reform the monetary policy (to support the flexible exchange rate regime, to continue to prepare the transition to inflation targeting, gradually increase the volume of foreign exchange reserves); to renew confidence in the banking system, to restructure the banks; improve the regulatory framework; implement fiscal reform (to continue the implementation of the pension reform, to provide social guarantees for the poor, to implement tax changes); reform the energy sector (to bring tariffs to cost-recovery levels, reform the Naftogaz of Ukraine).

The first revision of the program scheduled for May 2015, the payment of the second tranche (SDR 1.8 billion, or about $ 2.462 billion) - in the middle of June.

In September 2014, Ukraine has received from the World Bank $ 500 million to finance general fund budget. In the near future, it is expected to receive a second tranche of $ 500 million.

EBRD finances projects in Ukraine in the manufacture of food, oil and gas industry, transport, telecommunications, finance, and agriculture, as well as municipal infrastructure projects. Joint projects to introduce energy-saving technologies. The EBRD in Ukraine is carried out in two directions: granting of international loans on favorable terms under government guarantees and loans to private enterprises on commercial terms. As of January 1, 2015, of the total amount allocated EBRD financing in Ukraine amounted to 10.4 billion euros in 344 projects.

To date, the project portfolio of the European Investment Bank in the public sector in Ukraine includes 22 projects worth 3.75 billion euros. EIB loans to small and medium businesses, construction and modernization of transport infrastructure, energy and telecommunications, environmental projects.

BSTDB financed 12 projects with the participation of Ukraine in the total amount of 157 million euros. Among the largest recipients of loans - Industrial Union of Donbass, Galnaftogaz, DTEK.