6,5 thousand Ukrainians have already been killed in Donbass, 16 thousand – were injured, – United Nations

According to the international organization of the United Nations, 5 million people need humanitarian assistance. In Ukraine, the rapidly growing number of internally displaced persons 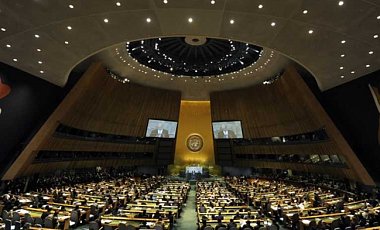 Already 6,500 people have been victims of the war in eastern Ukraine, 16 thousand wounded. These new data are the UN office for the coordination of humanitarian efforts.

According to United Nations, 5 million people need humanitarian assistance. "Access remains a serious problem in terms of uncontrolled government areas, which complicates the delivery of humanitarian aid", - UNIAN quoted the message of the United Nations.

Experts say that water is one of the problems in the Donbass. "Before half a million people have poor access to water or have no such access. This increases the risk of outbreaks of water-borne, especially when the temperature increases," - concluded the United Nations.