Yanukovich want to return to Ukraine, but is in terror of life

Interesting about Ukraine » News » Crisis » Yanukovich want to return to Ukraine, but is in terror of life

Runaway ex-dictator announced that Donbas should stay as a part of Ukraine, but upon condition of compromise and dialog with terrorists of DNR/LNR 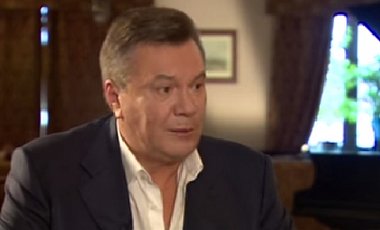 Runaway ex-dictator Victor Yanukovich hopes to return to Ukraine. He said that in the interview to BBC, commenting Russian-Ukrainian war in Donbas, Crimea annexation and fact his run to Russia.

Herewith he expressed confidence that Donbas, part of which is under terrorists control, should stay as a part of Ukraine.

Ex-dictator told that most of the time he passes in Rostov (Russia), but he still should migrate all over Russia. Supposedly, because of danger he is escorted by security: “Still danger of my life is actual problem, so all security measures are assumed and I am forced to live in such conditions.”

It is to be recalled that before Russia insists on direct discussion with DNR/LNR terrorists. Ukraine has refused to include heads of terrorists’ organizations DNR/LNR as a part of Ternary contact group.