Ukrainian Christmas is not a commercial holiday. It is full of symbols of spiritual values. Distribution of gifts to children left to St. Nicholas. At Christmas people share the holy dinner, give sweets to singers of Christmas carol. But mostly Christmas should delight us with spiritual values ​​- the manifestations of love, respect for others. It's holiday charity. 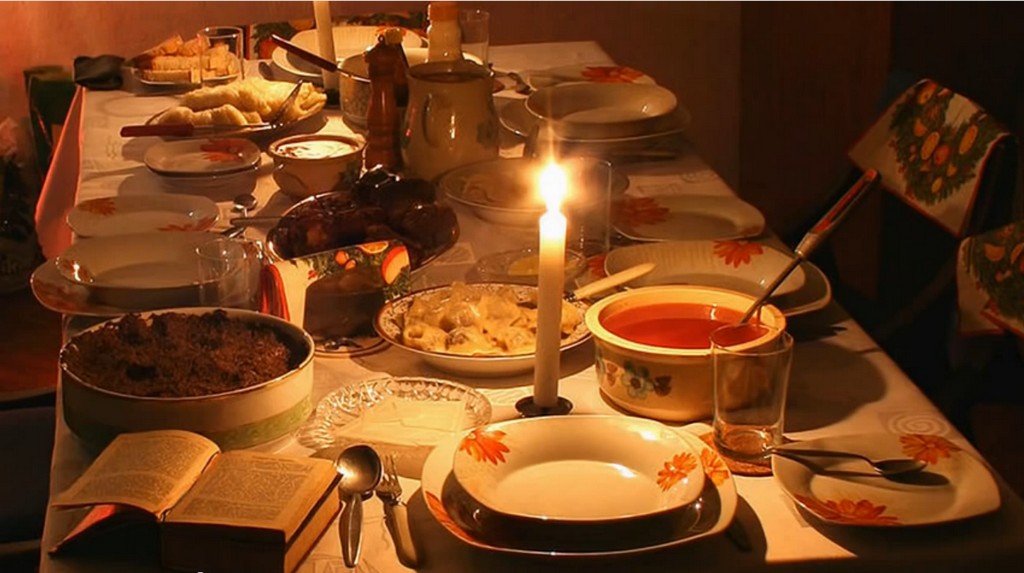 Ukrainian Christmas comes on Jan. 7, and Ukrainian Christmas Eve dinner- on January 6. Christmas Eve dinner is a very important part of the celebration.  There are sheaf of wheat, "Didukh" stuck with a wooden spoonthings the most important things. It has since pagan times, is ancestor spirits, who come to visit at Christmas. For the same, Kolyada or Christmas, a celebration of family, when at one table sit together with the living and dead. Didukh makes home owner in before dinner, the family wishes happy holidays and puts it in a place of honor in the corner under the holy images.

By the Christmas Eve dinner, sat down, when the sky seems the first star, as it once appeared over Bethlehem. At a festive Christmas table, except for the candles, the obligatory roll. It is a white yeast bread, braid circled dough, which is intended for the ancestors.
Then eat twelve meals in honor of the twelve apostles. Meatless dishes, as every great religious holiday must precede the
post. The selection of these dishes are different in different regions of Ukraine. But everywhere there is a main course - kutya - boiled wheat with honey, nuts and other ingredients. This dish of commemoration for the dead and include in the Holy Communion as a sign of uniting all members of the genus: the living and the dead. 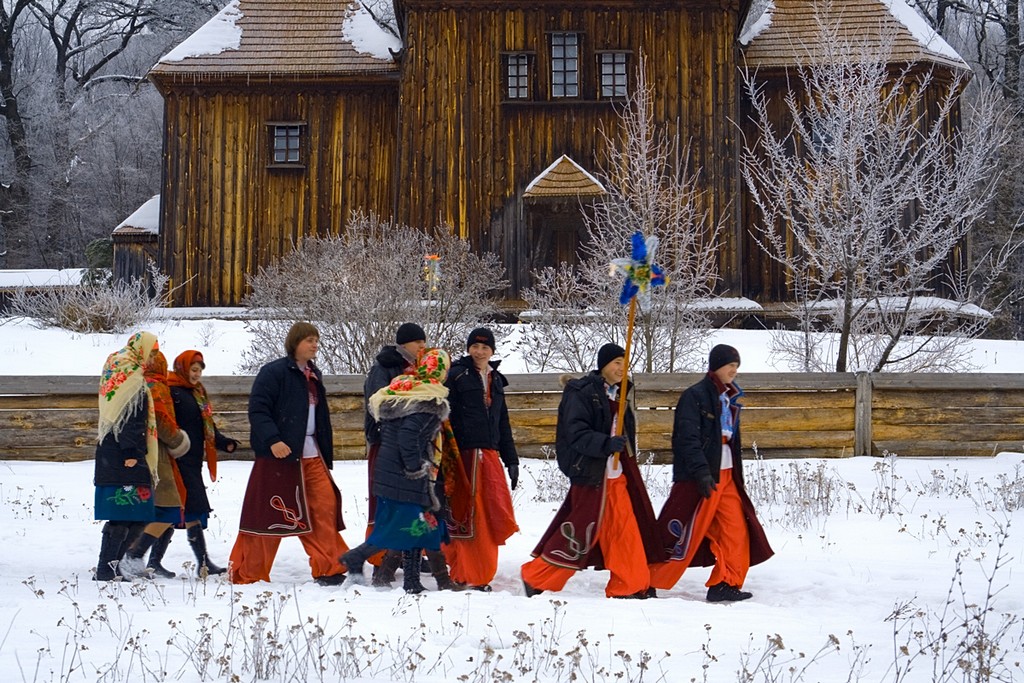 Next to the obligatory dishes belongs soup with "ears" (small dumplings stuffed with mushrooms), and then in random order different kinds of dumplings, cakes, cabbage, fish, cooked to different recipes, mushrooms, beans, peas, beans, various cereals, donuts and other pastry, finally compote - dried fruits - cooked dried legumes. In the Christmas Eve dinner dishes should represent the gifts of land, water and air. It is for them to thank God in the Holy Night. 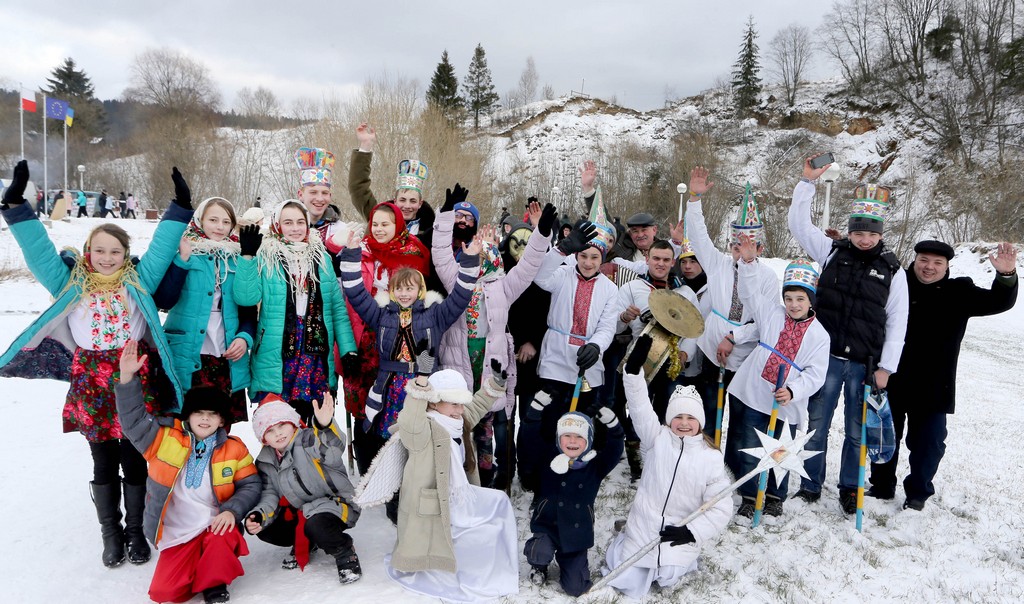 Celebration of Birth of Jesus Christ merged with the pre-Christian holiday of Christmas Carols, which our ancestors celebrated the shortest day of the year and the beginning of the revival of the sun. Thus it was the beginning of the year. It celebrated on December 25. It was believed that on this day the sun eats snakes Korotun. All-powerful goddess in the Dnipro waters Kolyada gave birth to a new sun - small Bozhich. The pagans were trying to protect the newborn: they were driven Korotun who tried to eat the new sun, and then went from house to house to inform people about the birth of a new sun, and the image of the sun were with him. As soon as the sky went star kolyadniki went into the yard, called the owner and his family sang songs glorifying the sun, moon, stars. These songs and began to call Carol and carols.
But all these external signs is not sanctify Ukrainian Christmas. The most important thing in it - the mood. And it can only create people.