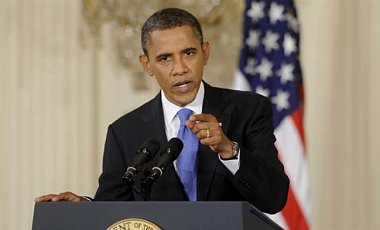 President of USA Barack Obama during telephone call called Vladimir Putin to withdraw Russian army from Ukraine. That was announced in official claim of the White House.

“President Obama announced need for Russia to keep its liabilities in line with Minsk agreements, including withdraw Russian troops and techniques from Ukrainian territory” – was noticed in the claim.

During the conversation, apart from the conflict in the Donbass, US President and Head of the Russian Federation discussed the fight against the Islamic state, the civil war in Syria and the talks on the Iranian nuclear program.

It is reported that the conversation was initiated by Vladimir Putin.

Earlier, the commander of the armed forces of the North Atlantic Treaty Organization in Europe Philip Breedlove said that there is no indication that Putin is going to leave the Donbass.