National nature reserve "Khortytsya" - a kind of miniature of Ukraine. This piece of land on the Dnieper River, an area of ​​12.5 by 2.5 miles includes all geographies of the country from the steppe to the mountains and deserts. With over one thousand species of local plants - 105 endemic and 33 rare. There are 12 species of vertebrates and 33 species of invertebrates listed in the Red Book of Ukraine. 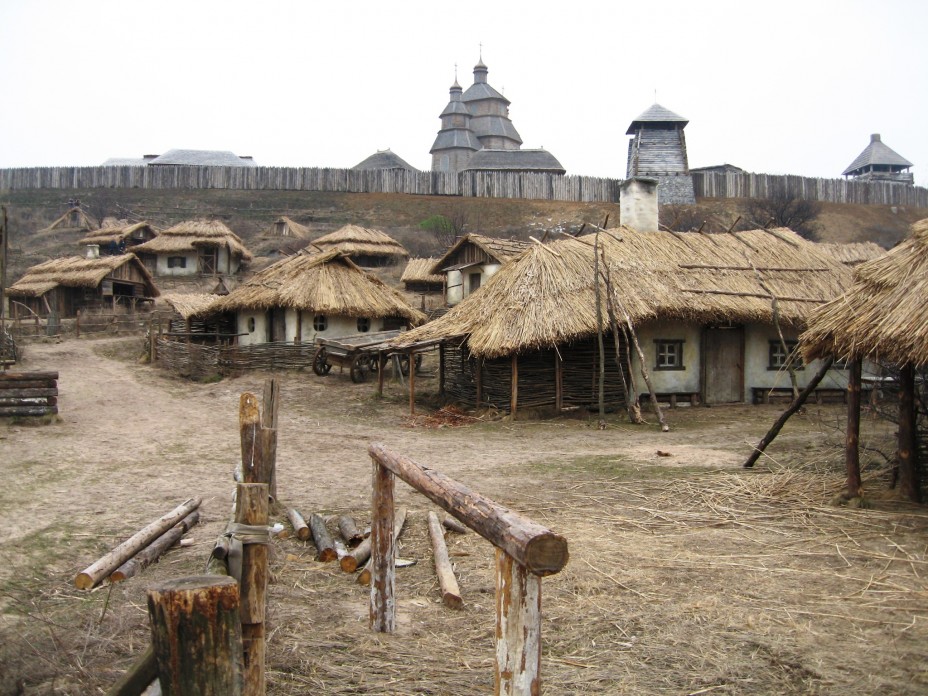 It is believed that the name of Khortytsya went on behalf of the ancient god of the Eastern Slavs HORSE, which represented the sun.

Khortytsya National Reserve - is not just the largest island on the Dnieper, but the unique natural and historical complex. The uniqueness of this place is widely recognized in 2007 Khortytsya was named one of the "Seven Wonders of Ukraine".

But the most interesting is Khortytsya from a historical point of view, because its history is covered with legends of the distant past. This area has been known for centuries man.

The first inhabitants of the island were already in the Paleolithic and Mesolithic and early settlements studied belong to the Bronze Age (III-II millennium BC. E. F.), Of which there were numerous burials, settlement and religious buildings. Preserved on the island several ancient stone sanctuaries as bookmarks, dating back to the II millennium BC.

From VII to the III century BC Scythians lived on the island. Retain this unique sanctuary in the form of a round stone bookmarks in a pine forest near the Black Rock that dates back to V-IV century. BC.

Inextricably linked with the history Khortytsya Kievan Rus. In one version, it is here in the year 972 died in battle with the Pechenegs Prince Svyatoslav. Proof of this can serve as found on the island during the construction Dnieper Old Russian Swords X century.

In 1223, the Khortytsya was a gathering place Rus princes to battle with Tatar-Mongols on the Kalka River. And in late XV - early XVI centuries the island - a reliable refuge for those who fled from the feudal and national pressure - has become one of the centers of formation of Zaporizhian Cossacks, and then the springboard during Zaporizhian protect the southern borders of the Turkish-Tatar aggression. 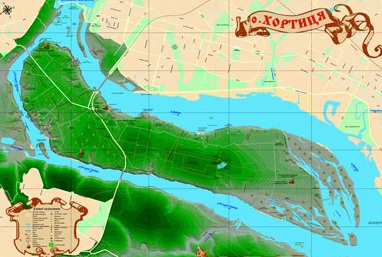 After the defeat of royal troops Sichy June 5, 1775 Khortytsya  gifted by Catherine II to Prince Potemkin.

But the most striking events in the history Hortitsa related, of course, from Zaporozhye Cossacks, because here was a glorious Cossack fortification - Zaporizhzhya Sich.

The first fortifications appeared here in 1556. Since that time, over several centuries Khortytsya remains one of the main centers of Ukrainian Cossacks. Surprisingly, some of the fortifications have survived and attracted hundreds of thousands of tourists every year.

The most popular among visitors is of historical and cultural complex "Zaporizhzhya Sich" that recreates the image of the Cossack capital and the atmosphere during the Cossacks. It gathered together the most interesting elements of architecture, culture, life and the lives of Zaporozhye Cossacks.

Sich Khortytsya  built in the image of a true camp, all the elements are present Hosts that existed. Around the complex are protective fortifications: tall shaft deep ditch and fence in a wooden fence.

The journey in "Zaporizhzhya Sich" allows you to touch the glorious past of Ukraine, leaves an unforgettable impression with unique historic atmosphere and spirit of the Cossacks. 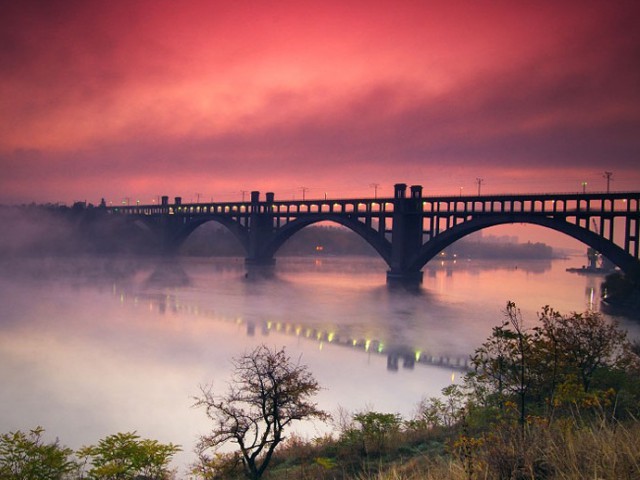 The nature of the island is striking in its beauty. In a relatively small area (length of Khortytsya is 12 km and the width - an average of 2.5 km) is its steppes, meadows, oak and pine forests. Due to the special micro-climatic conditions, caused by a lot of sunshine, fresh water and dry air, flora of the island is very different from the mainland. 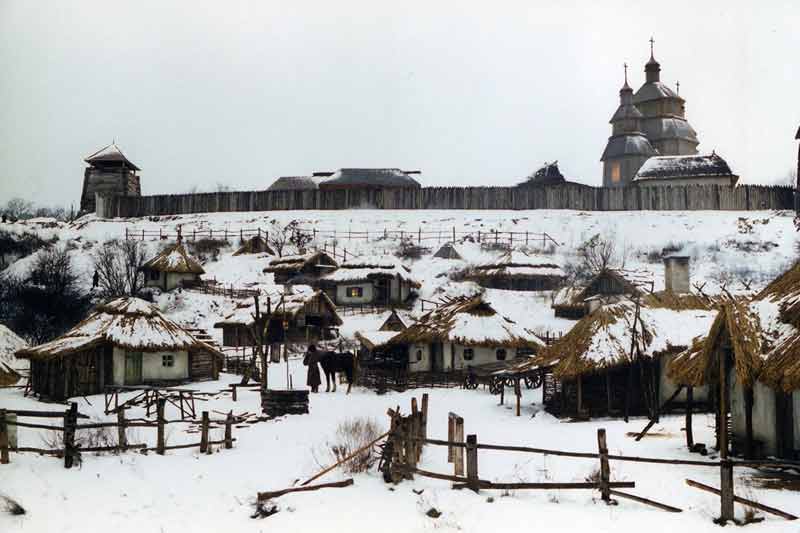 Interestingly, the island has nine villages that are home to nearly two thousand people. But of these, only three villages owned by the city of Zaporozhye, others not legally belong to anyone and tens of hectares of the Khortytsya occupied by illegal building.