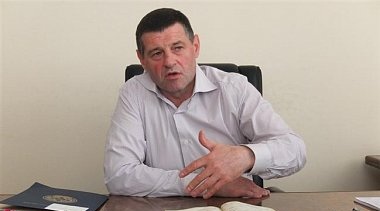 New vice head of the Security Service of Ukraine – head of antiterrorist center of SSU (he oversee situation in Donbass) Vitaliy Malikov in his interview and said about how Russians recruit traitors in Ukraine.

Answering the question about how SSU realizes combing of traitors, the vice head of SSU said that “in absolute numbers I cannot say, but the work in such way is doing”. “Recently was arrested Kiev employee of SSU – high official. I think that it is not the last arrest. There is still work to be done. How many traitors – I cannot say exactly” – he said.

According to his word, it is necessary to separate the layers and time periods. "With regard to the former, they were in power and tried for certain preferences, social packages and so on. Now the situation has changed and they are trying to pretend that patriotically adjusted and there was nothing. But only to preserve its perimeter comfort" - Malikov said, when asked about the motivation of the traitors.

"In general, artless motivation - money, position, preferences and so on. Although I always said these people say - in the Crimea, for example:" Believe me, you worked so hard to Moscow, but tomorrow you will not be here. "And so it is out. What is the Kremlin's move to 1 million people? As easy as winking. They will take to Peninsula Caucasians and residents of other regions of the Russian Federation - and try to in 2-3 years there hold some referendum, "- said the vice head of the SSU.