Decision to establish gallery of European art in Lviv was made by city magistrate in 1897. In 1902, there were appeared first exhibits by painters: V. Leopol'skyy “Death of poet Atsern”, “Miser”, Yan Styk, F. Vyhzhyval's'kyy, Yan Mateyko and Ye. Okun’.

In early 1907 at magistrate expense was acquired collection of Western art of Ukrainian sugar magnate from the village Sytkivtsi on Podolia Ivan Yakovlevich, which were consist of about 2000 items, including more than 400 paintings. February 14, 1907, this collection was moved to the city and this date is considered to be the beginning of the museum. 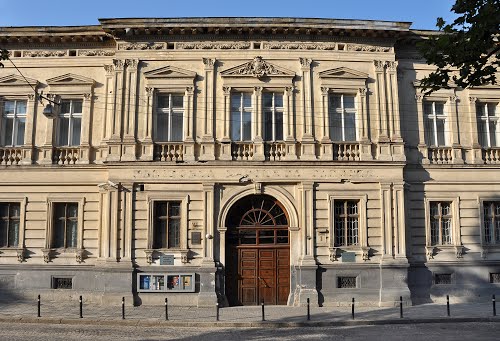 In 1914, there was specifically purchased a house on the street Ossolinskis, 3 (now Stefanik Street) for the gallery, owned by professors of the Lviv University, historian and collector Viktor Lozinsky.

To the newly created gallery were included a collection donated to Lviv by M. Toepfer in 1905 and by B. Ozhyhovych in 1919.

In the 1920s-1930s the museum were enriched mainly of Polish artists.

After the reorganization of Lviv museums in 1939-1946 years, galleries passed a part of museum's collections of museum of Lyubomirsk, Stavropigiysky Brotherhood, Library of Baworowskis, Historical Museum. Art gallery suffered significant losses at the time of the Second World War 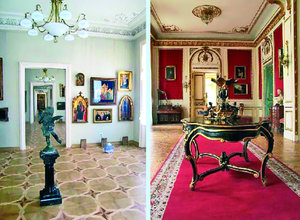 During the 1960-1990's, the Lviv Art Gallery was a significant museum center with several branches.

As were said on the official website of the Lviv National Art Gallery, Art Gallery today - one of the richest museums in Ukraine, which has a collection of more than 62 thousand works from all over the world and national art from ancient times to the present day. The most cost includes collections of European art, Lviv sculptures, and Ukrainian portraits of XVI-XIX centuries, icons and furniture. 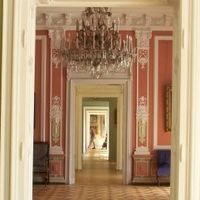