Interesting about Ukraine » Holidays in Ukraine 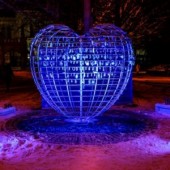 Expecting the holiday, dedicated to all lovers the question arises as to where celebrate St. Valentine’s Day. Here is top list of the most romantic places in Ukraine, where every couple could rejoice their day and cloister themselves. 10. The bridge of lovers in Zaporizhzhya. This bridge is one of the most popular places in Ukraine, situated in Voznesens’k Park close to Dnepr river bank. That is beautification of the city, actually very popular in St. Valentine’s Day. The cascade of waterfalls “Rainbow” is situated close to the bridge. Unfortunately, it doesn’t work in winter. 9.... 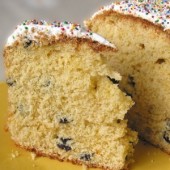 Easter cake in Ukraine is an essential element of celebration of the sacred day. The holiday is very meaningful and sacred in Ukraine. Before daybreak on the celebration morning people carry water, Easter cake and painted eggs into the church to be blessed. Then at home families have a sacred breakfast, and the fact, that this is the first complete meal after Lent, makes it more important. In this way people celebrate Christ’s rising from the dead. Eating, drinking, making Easter cake – easy recipe for happy celebration is as follows. There is a number of the holiday pastry recipes in... 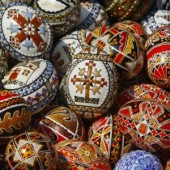 More and more people are interested in the traditions associated with the preparation and celebration of holy week and Easter in Ukraine. This holiday is preceded by the Lent - the longest and most rigorous of the four fastings. The last six days of the Lent are the most stringent and rich for traditions. They are known as Holy week. These days are dedicated to preparing for the celebration of Easter. There are many traditions associated with the holy week in Ukraine. According to the customs, people put all things in order inside of the house, in the yard, baked cakes, painted eggs, cooked... 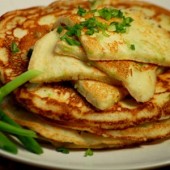 Over the year, Christians should hold on four many daylong fastings. Lent is the most priority and harsh among them. In 2012 it will start on 27 February and last till Easter. The religious should eat only lean food during Lent. That’s why people, who want to hold to this tradition for the first time, wonder for the goods they could eat during Lent. What to eat for fasting? At first, there should be non-animal food. So there is no place for meat, fish, eggs, oil, dairy produce and cultured milk foods. Recipes for fasting could include fish and seafood in Yew Sunday and the... 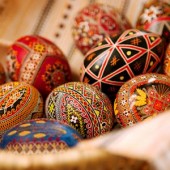 Along with embroidered towels and Vyshyvanka, Ukrainian Pysanka (Painted Easter egg) is one of the oldest branches of Ukrainian folk art. The first acquaintance with Ukrainian ornaments reveals common with ornaments of similar objects from a Tripoli culture. Ukrainian tradition of painting Easter eggs is rooted in ancient times, when people have not so much detached from nature. Why the egg? Perhaps that ancient people struck by the appearance of inanimate objects a new life. The symbolism of Easter eggs - a symbolism of joy, and so it has come since ancient pagan times to us. Easter egg... 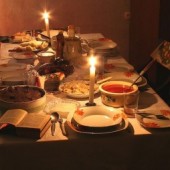 Throughout the world holidays is time for fun. Holiday greetings, good wishes and lots of presents make us to live in expectation of their coming. Because youth are free from school works, they can play, kid around, have joyful time and other activities, that young people like the most. Mature people have possibility to compliment their close people on the holidays and have pleasure celebrations. Many of them have vacation these days and so they also like these days due to be free from work. Some people celebrate holidays according to customs. Ukrainians are quite aware and scrupulous for them.

Holidays and celebrations in Ukraine are full of happiness and laugh. There are some holidays when people tell one’s fortune. In the Pancake week there is omen for those who laughed and had good mood during the holiday – they will have good fortune this year. Such habit of culture in Ukraine came from the Roman culture; some came from pagan origins of Slavic folk. Many holidays originated from the orthodox tradition. Ukrainian Orthodox Church, since the Rus’ baptism has quite significant influence on people.

Ukrainians should be thankful Orthodox Church for many omens and traditions. On the basis of communication with representatives of other cultures, there are few interesting holiday borrowed from other cultures. These omens naturally complement in Ukrainian culture and in addition to original make interesting celebrations.

To holytides we can refer Christmas Eve, Christmas, Basil’s Day, Epiphany, Easter, it is without other minor holidays, such holidays celebrate only deeply involved in Orthodox tradition people. There are holidays created by state to honor some events, people involved in them or to honor some omens to the Ukraine days: New Year, International Workers’ Day, Knowledge Day, Defender of the Fatherland Day. 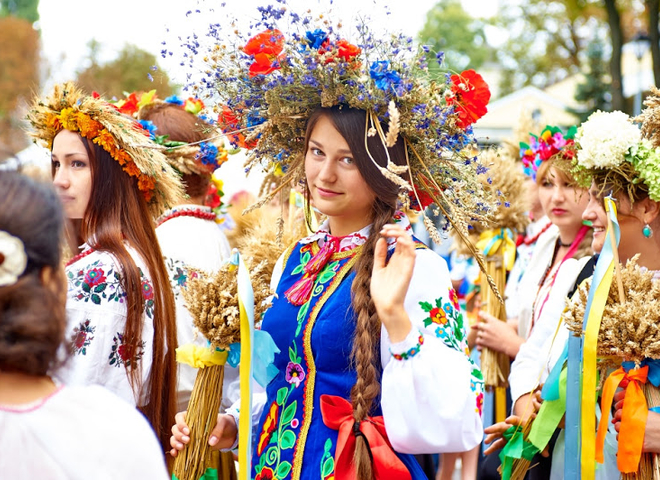 However, there are holidays, which are strangers for the Ukraine, which were popular for the Ukrainian folk, for instance from American tradition Ukrainians took St. Valentine’s Day, Halloween – these are American’s day they are celebrated by the youth even in Ukraine. Latter holiday is just reason to have fun, dress up as some scary creatures or persons. Much people can’t answer exactly what is Halloween, however they like this holiday. Because holidays are days when Ukrainians can have rest from the work, hard rhythm of life, take time-out for spending time with their family, with friends in free from work time. Moreover, holidays help people in understanding of their belonging to some peculiar state with their own traditions.

Like in other countries, in Ukraine honor their traditions, they aware of traditions, of holidays’ celebrations. Such traditions people hand down from generation to generation, they can bring it through the time and centuries. People should acknowledge – in traditions and with their awareness live the country and their identity. Honoring the past is good way to preserve country’s identity. However in present times, young people are unaware of the oldest celebrations. It is cultural issue that lies in shoulders of the oldest generations.

However all people like to have rest, celebrate and have fun on these sometimes mysterious, fabulous, magical days, which always bring many good things, happiness, joy and good mood. These things thin our boring working days, because since holidays exist, peoplehave some possibilities for having some rest from work, from hard life, in family they can remember interesting things, young people can make merry.