High Castle is a range of attractions. Here is park "High Castle", which was founded in 1835, ancient settlement of the city, grotto and sculptures of lions, and the actual remains of the High Castle, which was built in the 13th century under the leadership of Galicia-Volyn Prince Lev on Castle Hill.

The city is clearly visible from the High Castle. To climb here to overcome more than 123 meters up. This mountain - an artificial mound, which poured in 1900 Lviv Poles after the 300th anniversary of the Union of Lublin. It covered half a century, and in the High Castle established a memorial stone on which were engraved the words "Available from free and equal level - Poland, Lithuania and Russia."

Until recently under the High Castle, was a figure of a lion Lorentsovich. Over 400 years ago, Lorentsovich family donated the figure to the city, while he was decorated with old Lviv City Hall. In 1894, the lion moved to the foot of the mountain since it began mercilessly be ruined. Now the statue was taken to Lviv History Museum where it should restore.

High Castle is an example of the type of defensive castles. The castle is situated on a steep hill height of 380 m above sea level, elevation of the terrain in places reaches up to 150 m. The construction of the castle in terms reminiscent of the shape of the lute.

In the most powerful fortress of the Kingdom of Rus Rus authorities kept insignia Kings - coronation regalia, including: two crowns that were decorated with precious stones and pearls, two gold crosses interspersed with pieces of wood of the Holy Cross, the royal robe and throne all in gold and stones and large royal tent.

Talking about the park, can be said that High Castle Park in Lviv is a picturesque green park located to the Knyazha or Castle Hill. In 1256 historical records contained the first mention of Lviv, which was associated with this scenic mountain. Lviv citizens and guests of High Castle Park said about one of the best places for peaceful holiday and romantic encounters. 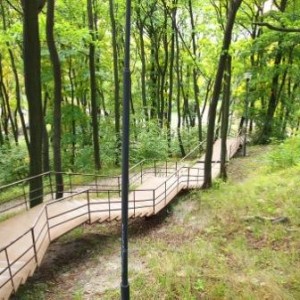 High Castle has an area of about 36 hectares. It is divided into two terraces, the lower of which is decorated park alleys and monuments of outstanding personalities. In addition, in 1841 was built an artificial cave on the lower terrace of the building. As its eternal custody were installed majestic lions taken from the old Lviv city hall. The second terrace (upper) is equipped with a comfortable viewing platform, built on the mound of stone castle walls and houses.

The main feature of the High Castle is its location in the heart of the city - on a high, forested mountain. A few minutes of walking, and easy access from here to the most quiet and peaceful natural area, where in the comfort of majestic trees can forget the hustle and bustle of city life.

Castle Hill, on which is built the High Castle is a unique viewing platform (with a height of 413 meters above sea level), which has no analogues in Europe. There are stunning views of the picturesque scenery of ancient Lviv, which will impress any visitor. Do not forget to arm the camera to capture such beauty and later share it with the closest people. 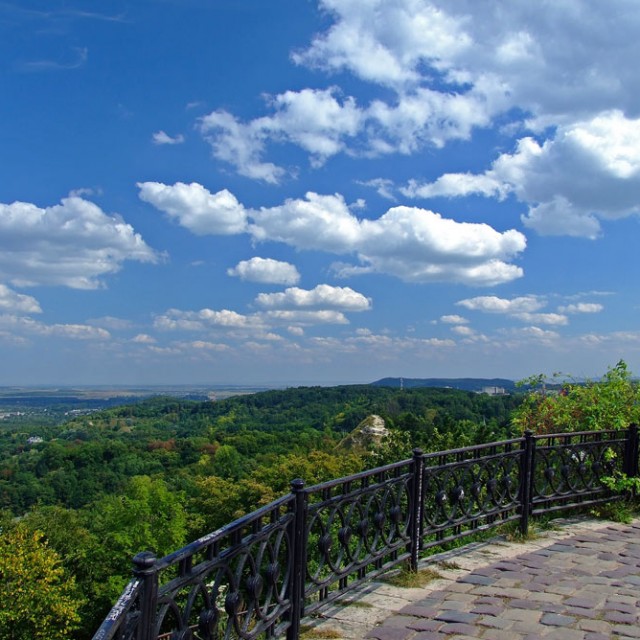 It is necessary to take a stroll through the magnificent avenue of ancient chestnut trees, where the unique atmosphere of the Middle Ages and mystery. Stay at the memorial stone set in honor of the triumph of the Poles in the battle with Turkish troops. Completion lovely Chestnut Avenue is a small gardener's house, built in 1892. Many unique exotic plants surround it