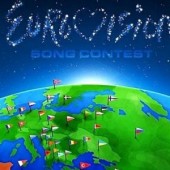 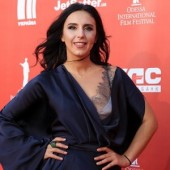 This city inspires me, Jamala told and made a declaration of love to Kiev The winner the Eurovision-2016 Ukrainian singer Jamala said that she was very glad that Kiev would host this song competition. She told about it in DW interview. “Honestly speaking, I am very glad. I just didn’t understand why there was so long chose of a city and so long these tours between cities. But I am happy with result. I stood neuter all the time. For some reason all asked me about result. How I can know in what city it is better to hold the Eurovision. The business is not anymore in music, and everything... 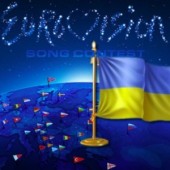 Kiev, Odessa and Dnipro competed for the right to hold international tender The song competition Eurovision-2017 will take place in Kiev, at the international exhibition center on the Left coast. The head of National TV Zurab Alasania has reported at the briefing today. Kiev has experience of the organization and holding this competition – the anniversary 50th tender Eurovision took place in 2005 in capital Sports palace. The right to carry out this kind of event was acquired after the singer Ruslana winning in Turkey in 2004 with the song of “Wild Dances”. Ukrainian president Petro... 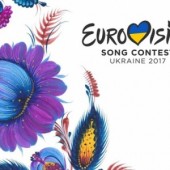 Kiev, Odessa and Dnipro are the main contenders for holding Eurovision-2017 competition, which will take place in Ukraine next year. The organizing committee of the international competition of pop song Eurovision-2017 has postponed announcement a city, which will host the competition. On 25th August the briefing of announcement of a city-winner was cancelled. It is reported on the website of the Cabinet of Ministers. The mayor of Dnipro – one of the cities of applicants for holding Eurovision – Boris Filatov noted in Facebook that announcement of winner can take place next week and he... 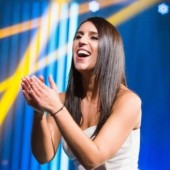 Jamala considers that the Eurovision-2017 needs to be carried out in Odessa, however she doesn't know whether the city infrastructure is ready  The winner of the Eurovision-2016 Ukrainian singer Jamala considers that in Odessa has to be taken place the competition next year. Viva reported about it. According to Jamala, it is incredibly beautiful city in the middle of May. “The green city, hospitable, beautiful, with remarkable cuisine. Wherever you come – everywhere tasty, people smile, sea air. Here God ordered to organize festivals, film festivals. I consider that this just ideal place...

19.07.2016
Kiev was the first of the cities of Ukraine which made an application for the Eurovision-2017 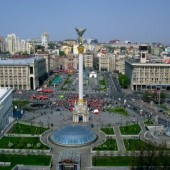 Kiev was the first of the Ukrainian cities which made the application for holding the international song competition Eurovision-2017. The mayor of Kiev Vitaly Klitschko has reported about it, it is told on the website of the Kiev City Council “Today Kiev has submitted the first of the Ukrainian cities the application for holding the Eurovision-2017. It was already registered in NTCU”, - Klitschko told. The mayor has noted that Kiev has several options of platforms where there can take place the song competition. "Concerning the arena on which to hold a competition, we have a Sports palace... 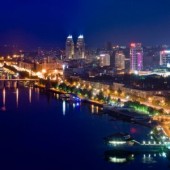 Providers of the Eurovision have official requests from Dnipro and Kiev Dnipro has officially confirmed intention to fight for the right to hold the international song contest Eurovision-2017. The press service of the City Council of Dnipro reported about it. The mayor of Dnieper Boris Filatov has signed the first necessary documents for preparation of the city for participation in selection. Next week Dnipro will transfer to providers a complete packet of information on infrastructure for carrying out tender. Now providers of the Eurovision in Ukraine also have the official request from... 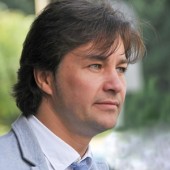 Kiev was the first of the Ukrainian cities which made the application for holding the international song competition Eurovision-2017. The mayor of Kiev Vitaly Klitschko has reported about it, it is told on the website of the Kiev City Council “Today Kiev has submitted the first of the Ukrainian cities the application for holding the Eurovision-2017. It was already registered in NTCU”, - Klitschko told. The mayor has noted that Kiev has several options of platforms where there can take place the song competition. "Concerning the arena on which to hold a competition, we have a Sports palace...

The best-known song contest of the world Eurovision-2017 will take place in Ukraine. It is coming from results of the previous time, when Ukrainian singer Jamala won the competition at the final.

Jamala is known in Ukraine and the CIS countries for a long time; however the song which she presented at world song contest last year, stands out sharply among familiar repertoire of the singer. The song “1944” is rather requiem, which allows opening all sides of talent of Jamala, than specific to the contest rhythmical pop music.

Last year’s competitions took place in the capital of Sweden, Stockholm. Representatives of forty two countries took part in competition. Among them were Ukraine, Australia and Russia, which got the first, second and third places based on the ratio of jury votes and calls of the audience. Besides, in 2016 the system of vote got cardinal changes: for the first time results were reduced not only on voices of the audience, but the Eurovision had jury.

Generally speaking, almost whole world monitors qualifying rounds, semi-finals and, of course, the final of this competition. So the show, prepared by Swedes in the unique Eriksson-Glob pavilion, was really at high level.

However, it is affairs of bygone days. And today other question is much more important: what to wait from the Eurovision of 2017?

Date of the Eurovision Song Contest 2017

The answer to this question becomes clear already at setting dates. Uncertainty should be expected, as even date of the Eurovision of 2017 managed to change in only three months.

That way, initially terms of the main events of the next competition are appointed even before holding festival of the current year. 2016 did not become exception and initial dates were appointed in March, the 14th, during meeting of representatives of delegations from the countries which are taking part. The meeting took place in the capital of the host country – Stockholm. Initial terms of carrying out were close to constants – two semi-finals on May 16 and 18, the final – 20.

However in June date of the Eurovision of 2017 has been postponed for earlier terms:

Such change intrigues as its purpose is not absolutely clear. Also there is no information which would explain the reasons of similar changes. There is probability that the host country is initiator of changes of terms, although taking into account statements of the Minister of Culture, Evgeny Nishchuk, it is not absolutely clear why Ukraine cut down terms on own preparation.

It should be pointed out that in only five days after postponement Nishchuk said in interview to the known Ukrainian TV channel that in the Ukrainian cities there is no room conforming to standards. “Potentially, there is no platform anywhere” – he told.

Venue of the Eurovision 2017 in Ukraine

In spite of the sad statement of the fact, told by the Ukrainian Minister of Cultural Affairs, Ukraine is adjusted very positively. On a state of affairs for today, the venue of the Eurovision 2017 is not determined and, most likely, it will be known not earlier than in autumn of 2016.

Of course, the authorities promised the possible answer at the end of summer, but information obtained in the autumn will be reliable almost for hundred percent and will hardly undergo to changes.

There is a fierce fight now for the right to become host city, which will accept the Eurovision of 2017. Requests have arrived from six cities:

Earlier, Ukraine carried out the Eurovision-2005. Then, thanks to Ruslana’s victory and hers “Wild dances”, the contest took place in the capital, Kiev. However, according to Nishchuk, Sports palace, where the event was held last time, not in that technical condition any more. The Minister of Cultural Affairs thought the building “shaky” that sounds threateningly, taking into account scope of show and constantly updated technical counters of a scene.

The cities which submitted applications for carrying out the Eurovision 2017

As can be seen from the list, some cities in the request offer directly several venues. It is about Kharkiv, Kiev and Dnipro. It must be said that Kiev brought Sports palace in the list anyway, and two other cities have mentioned objects which has been in a condition of the refrigerated construction for several years.

However, it is rather an advantage, than disadvantage, if the decision is made for benefit of one of unfinished rooms, they will be completed, being guided by requirements of the Eurovision.

At the moment it is precisely known only about 19 member countries in semi-finals:

Who will represent every of these countries on the Eurovision 2017 is generally unknown. Besides, Germany, Spain, Ukraine and France are expected already in the final. Twenty more countries which were taking part this year still haven’t confirmed participation in the next competition:

At this stage it is difficult to tell which of these countries will become participants of the next contest. However, it is already possible to speak about chances.

Participants of Eurovision 2017 with high probability won’t become Bosnia and Herzegovina. And it is not at personal desire, and because of debts to EBU. Nearly five and a half million euros – not small amount, which representatives of the Bosnian broadcasting company couldn’t collect this year and will hardly collect in the following. Especially, taking into account own debts of the Bosnian national broadcaster.

Not many people think, but an opportunity to sing at the European competition is defined by membership in EBU, to be exact – “European Broadcasting Union”. It is the largest merging of the national broadcasting organizations. And EBU is the organizer and, actually, the owner of the well-known Eurovision (and also its children’s and dancing analog). And big debt of Bosnia and Herzegovina can mean two things:

lack of national broadcasting in principle.

Also, Andorra already refused to take part. Refusal was formulated as “for reasons beyond our control”; however it isn’t connected with debts or any other form of disqualification.

It is unexpected that Australia, whose singer took the second place in 2016, can also refuse. At the moment it is known that concerning full participation of this country in a competition of 2017 negotiations are conducted. However, any particularities meanwhile were not sounded.

Among refused countries there can also be Albania. However, it is too soon to draw conclusions – now Albanians just took a break and, perhaps, will take part in the Eurovision 2017.

From pleasant news there is expansion of borders of a competition. In 2017 the geography of the Eurovision can extend up to the USA. Also, among possible debutants Kosovo and Kazakhstan appear. It is known that Kosovo already received the invitation.

Despite the fact that till May of the next year there are a lot of time, songs of the Eurovision of 2017 from five countries are already known. The countries that have decided on the choice:

At the same time, other participants will choose the song and singers only in 2017. Such countries are:

However even on the example of five defined countries it is visible that numbers on the Eurovision 2017 will be not only English-speaking. Especially among already defined finalists.

By rules of the contest, in the final Germany, Spain, and France and, also as the country hostess and the winner – Ukraine, are written already down.

Of course, it is too soon to judge in what language the following Ukrainian participant will sing. However, Germany was already defined and “Our song for Ukraine” will be either in German, or with use of it.

It is only known execution language of the song from France – it will be French. Taking into account that French singer Amir Haddad won first place in TOP-5 for 2016 from OGAE (General Organization of Eurovision Fans), and in 2017 the participant from France has to be on the high level.

And it is to wait for the show only nine months.