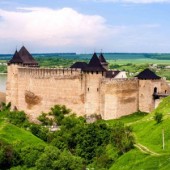 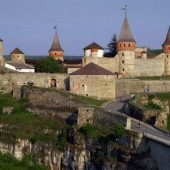 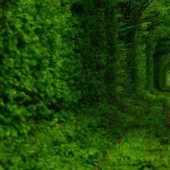 Tunnel of love as the most romantic place in Ukraine The small town Klevan in Rivno district all at once has become popular in Ukraine and even in Europe thanks to amazing length of railway, surrounded by trees. Tunnel of love in Rivne (Ukraine) has recently become popular as nobody heard about that place for many years. Today that place is justly called the most romantics place in Ukraine. A cursory look over images of Tunnel of love will help everybody make sure that this amazing place is sightworthy.   This green tube in shape of arch with ideal proportions was created by underbrush...

High Castle is a range of attractions. Here is park "High Castle", which was founded in 1835, ancient settlement of the city, grotto and sculptures of lions, and the actual remains of the High Castle, which was built in the 13th century under the leadership of Galicia-Volyn Prince Lev on Castle Hill. High Castle in Ukraine: historical aspects The city is clearly visible from the High Castle. To climb here to overcome more than 123 meters up. This mountain - an artificial mound, which poured in 1900 Lviv Poles after the 300th anniversary of the Union of Lublin. It covered half a century, and... 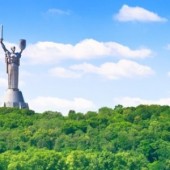 Without this monument is difficult to imagine the face of modern Kyiv. In the eyes of foreign tourists it generates associations of our city. “Rodina mat” raises above all - the hills, the slopes of the Dnieper, bridges and gold-domed temples. It is clearly visible from the farthest points of the capital. Especially, it can be seen from the left bank of river Dniepr, where our guests often begin their acquaintance with Kyiv. Going on a trip from Boryspil airport or from many hotels in left bank, people admire the panorama of the right bank and, of course, pay special attention at this... 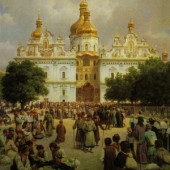 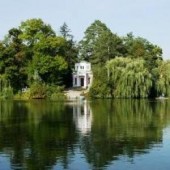 Everything in the museum of nature called "Sofiyivka” have enchanting beauty. That’s the idea, a compositional decision of Sofiyivka in Uman made of imitations of the stories from the mythology of ancient Greece and Rome, and some places look like habitation of the Greek gods, heroes and thinkers. Sofiyivsky Park in Ukraine: historical facts Sofiyivka was grounded on 1796 by magnate and owner of the town of Uman that period named Stanislav Pototskiy. The park was named as a tribute to Stanislav’s wife - Sofiya Vitt-Pototskaya. Sofiyivka was a compliment to her name day on May 1802.... 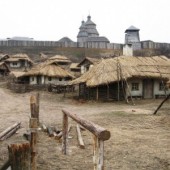 National nature reserve "Khortytsya" - a kind of miniature of Ukraine. This piece of land on the Dnieper River, an area of ​​12.5 by 2.5 miles includes all geographies of the country from the steppe to the mountains and deserts. With over one thousand species of local plants - 105 endemic and 33 rare. There are 12 species of vertebrates and 33 species of invertebrates listed in the Red Book of Ukraine. It is believed that the name of Khortytsya went on behalf of the ancient god of the Eastern Slavs HORSE, which represented the sun. Khortytsya National Reserve - is not just the largest... 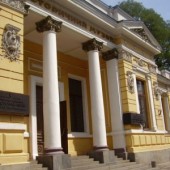 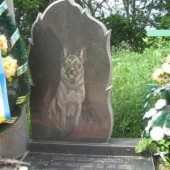 Tourist attractions in Ukraine can shake up the imagination either lovers of the medieval castles or fans of the Slavic culture. Ukraine is famous for the generosity of the ruddy hostesses in diadems, which treat people to the tasty dumplings, by the famous round dances of Ukrainians in emerald fields, by the cheerful dances and loud fairs. One can find many natural riches, riches created by the people. And salt, crystal deep of the seas, which wash the resort areas of the Ukraine attract many fans of top-flight vacation.

Ukraine as a European pearl with beautiful attractions

Ukraine is picturesque European country, hospitable and hearty, it has rich cultural heritage, beautiful nature and many superb cities and attractions, they breath with history and spirit of Ukrainian folk. Each Ukrainian city, each oblast’ is rich by their various cultural and historical riches. All these attractions in Ukraine make this state interesting and fascinating place to visit.

Antique cities, which are the main attractions in Ukraine

Here are not a little castles, antique cities, which are ready for sharing their energy and to half open the history curtains, monuments, unique architectural harmony of various styles (Polish, German, Old Russian, etc) all these things attract like a magnet to this unique country where each Ukrainian part is genuine in their own way.

In Ukraine the most famous, interesting attractions tourists can be found in the capital –Kiev. Among them we can mark antique monastery Kyiv Pechersk Lavra (1051 year) built in Kievan Rus’ during Yaroslav the Wise time of ruling. People find Saint Sophia Cathedral unique monument of Old Russian architecture and primary church of Kievan Metropolitans. Unique value of cathedral is unique frescos dated back to the XI century depicting choir of the saints, portraits of the saints, scenes of the prince’s hunting and dancing of skomorokhs. Saint Andrew’s Church,  Golden Gates of Kiev, Khreshchatyk, Maidan Nezalezhnosti and many other attractions, – all these unique places very interesting things for all people who visit Ukraine.

Many interesting things can bring tourists L’viv – “city with the coffee taste”, picturesque Ukrainian city, which are recalling the Kraków or Prague, however it preserves individuality. It looks like the magic box that are full of historical and cultural, epoch-making stratagems, firstly with the religious direction. There are many cathedral, churches, towers, antique buildings and markets.

Little antique Ukrainian town Khotyn in the Chernivets’ka Oblast’ recently celebrated its millennium, presents to attention of guests picturesque the Khotyn Fortress, which were built by antique Slavic people. It had important defensive role.  DanyloHalytskyi in the VIII century replaced wooden walls with stone one, which tourists can see up till now.

Kamianets-Podilskyi Castle – fortress of the XII century, as if growing from the stone rocks, pearl of the antique city Kam”yanets’-Podil’s’kyy. There are 175 buildings which are cultural conserves.

In Poltava once can visit museum of the historical Poltava Battle and the field where Peter I has defeated swedes. Tourists can see Sorochyntsi and Dykanka. Here tourists can walk through places which liked Gogol.

Odessa tourists can walk through boulevards, where was Alexander Sergeyevich Pushkin and touch the trees, which liked great Russian poet, visit central market and the famous Odessa Opera House.