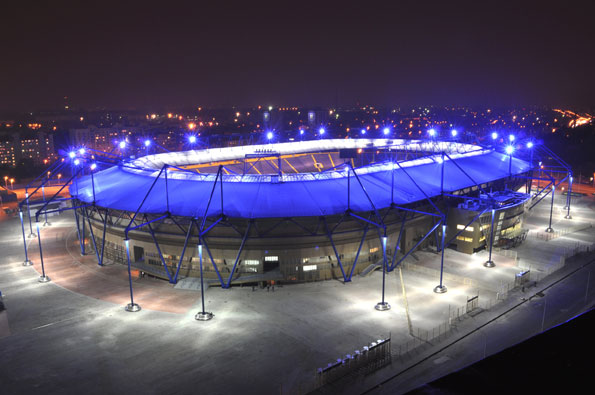 During football matches, concerts and entertainment sports arena in Lviv will take more than 30 thousand visitors. The design places the stadium is designed in such a way as to create maximum effect of the presence of spectators on the field. All stands are under cover, part of which is transparent. Extensive area around the stadium to allow the largest Western.

Ukraine, sports and entertainment shows, festivals and concerts, which will be able to visit more than 120 thousand visitors.
The Arena Stadium in Lviv takes into account all the UEFA requirements, most of which are aimed at ensuring a high level of comfort and safety of the fans: 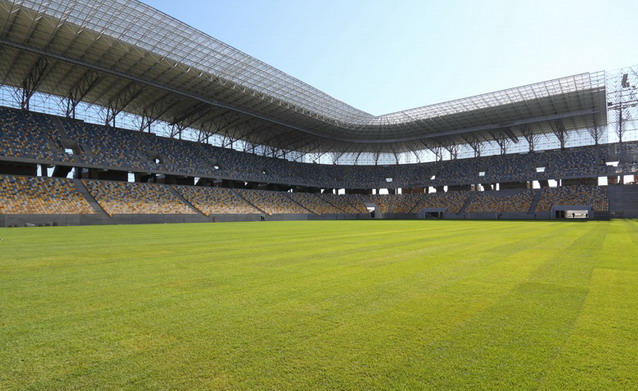 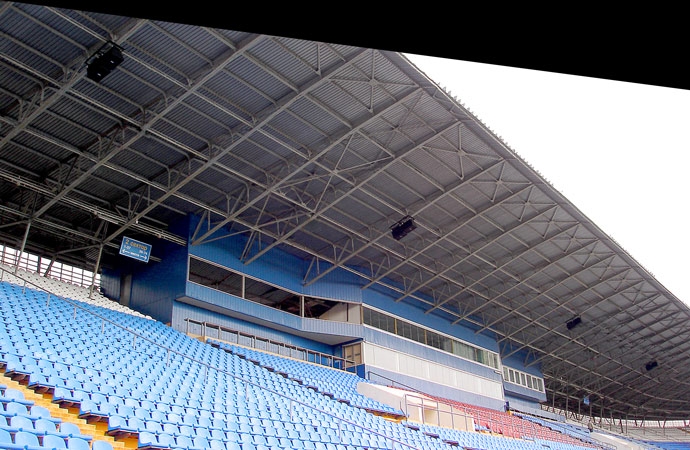 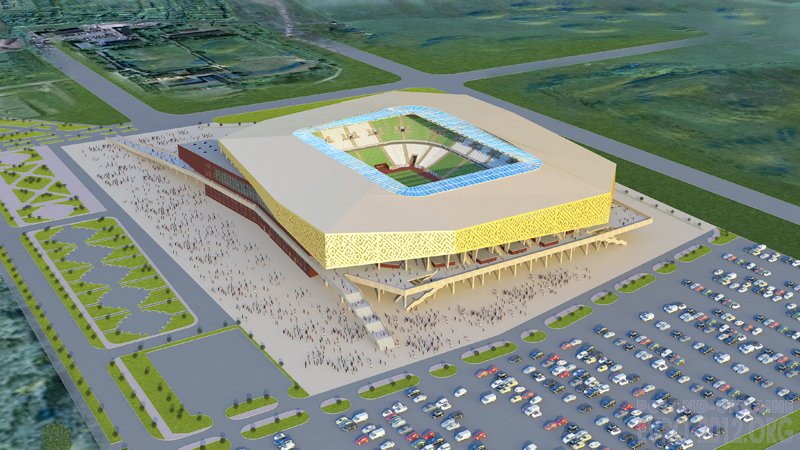 Location and security of Lviv stadium

The Lviv Stadium is located in the southern part of the city. This location advantageous to combine the future with important complex functional areas of the city. For directions to the stadium, there are five new roads, streets Stryj, Vernadsky and the Beltway.

The field on new Lviv Stadium: 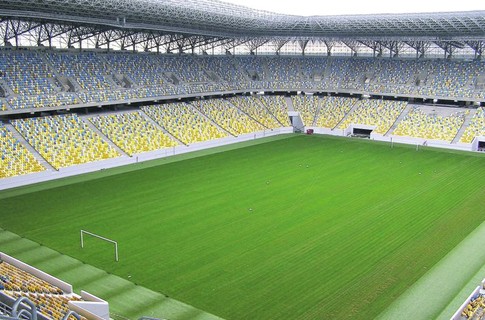 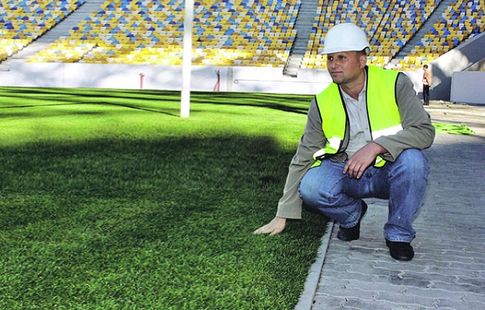 The acoustics on new Lviv Stadium:

On Saturday in Lviv the grand opening of the stadium 2012 "Arena-Lviv", in which 9, 13 and 17 June next year will be Euro 2012. By the beginning of the ceremony builders failed to fully complete the work at the facility. More on the way to the stadium could see two loose sections of the roof, covered with large banners. In some places, workers do not even have time to remove debris. As acknowledged by the head of the Directorate for construction of the Euro-2012 in Lviv, Vladimir Karpyak, willingness stadium now stands at 87%, but it allows you to safely conduct the opening ceremony. 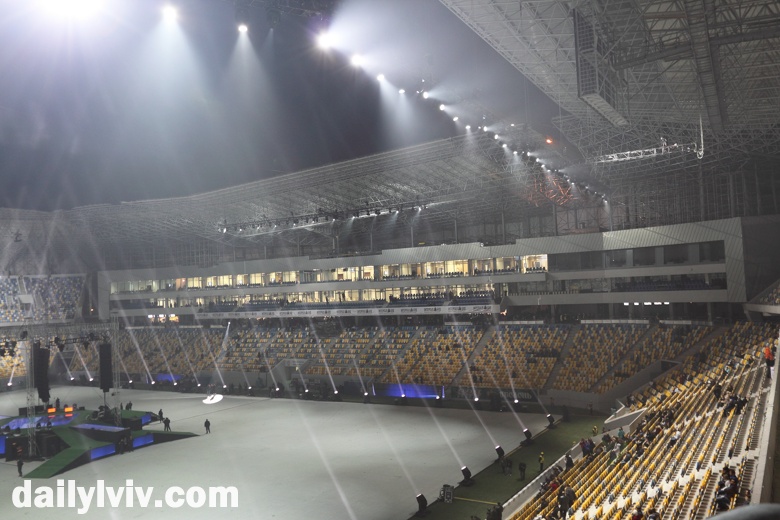 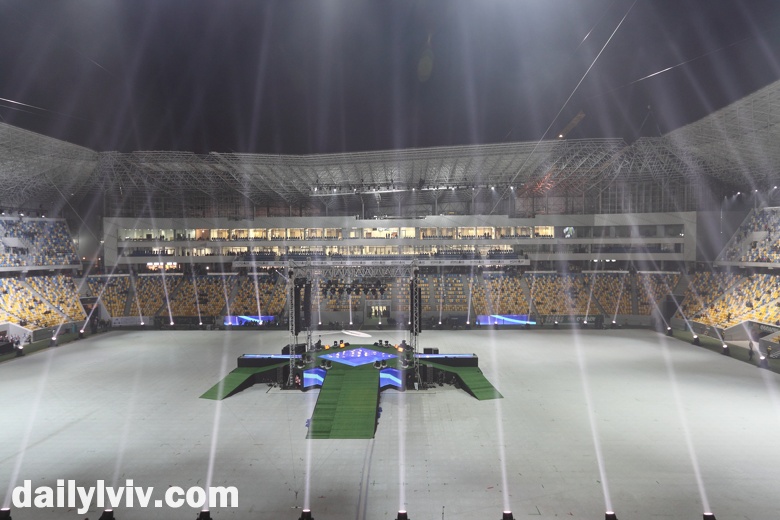 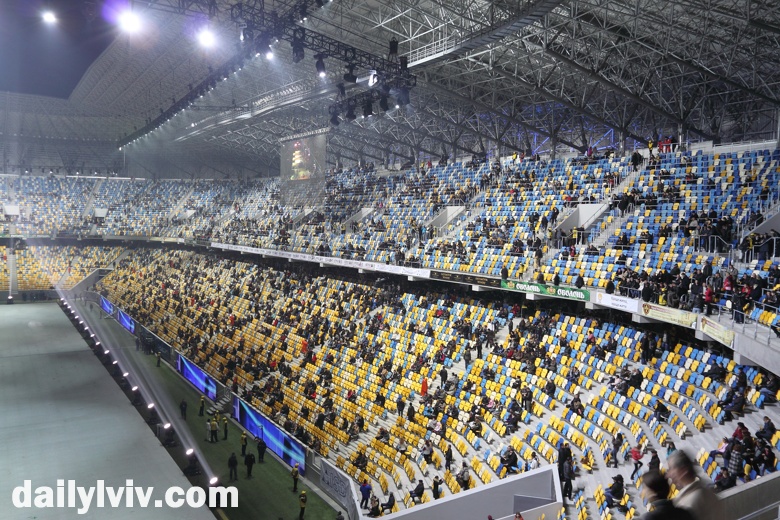 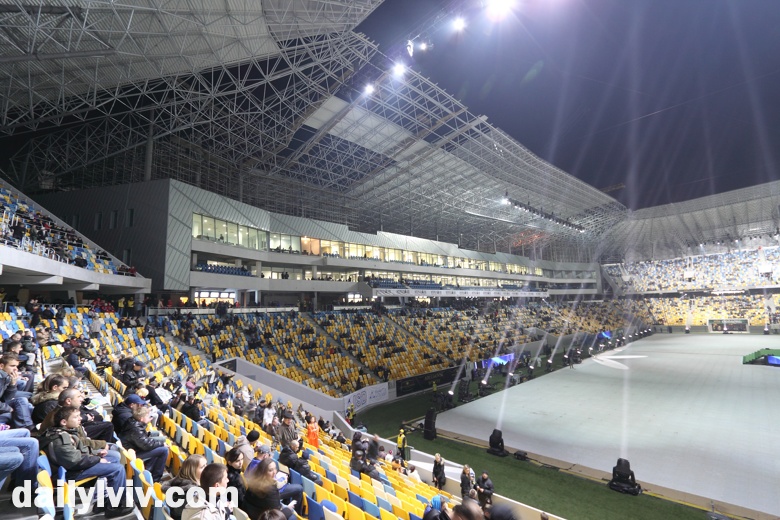 First demonstrated the spectacular laser show, which was seen not only in the stadium, but also far beyond it (see photo). 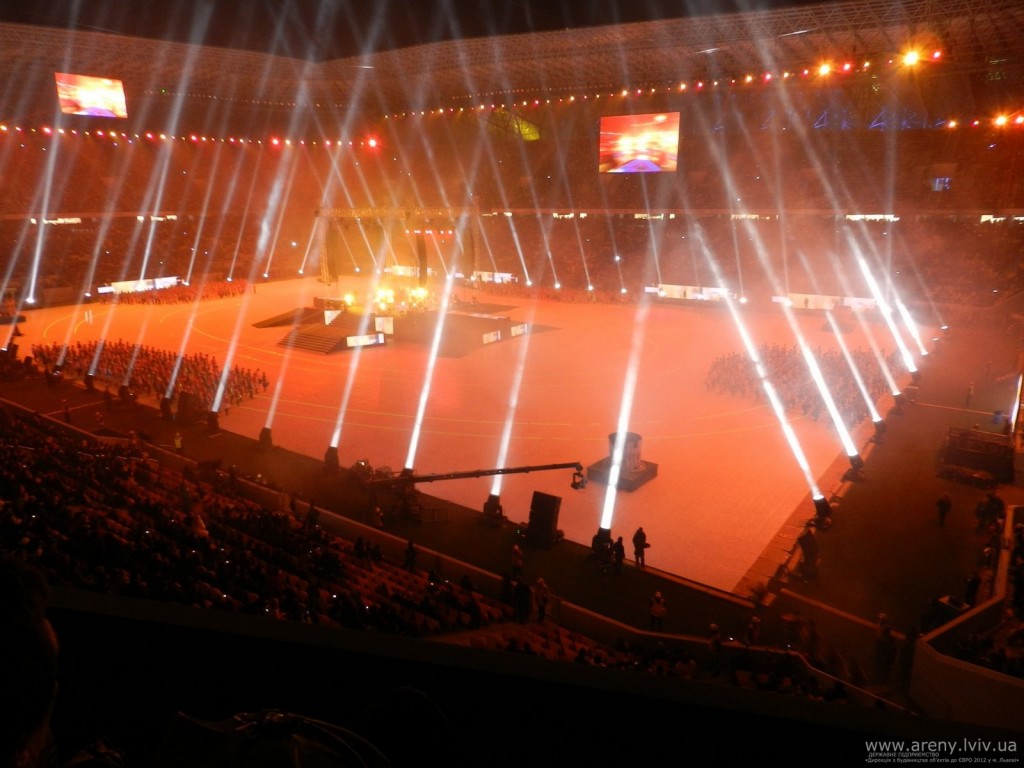 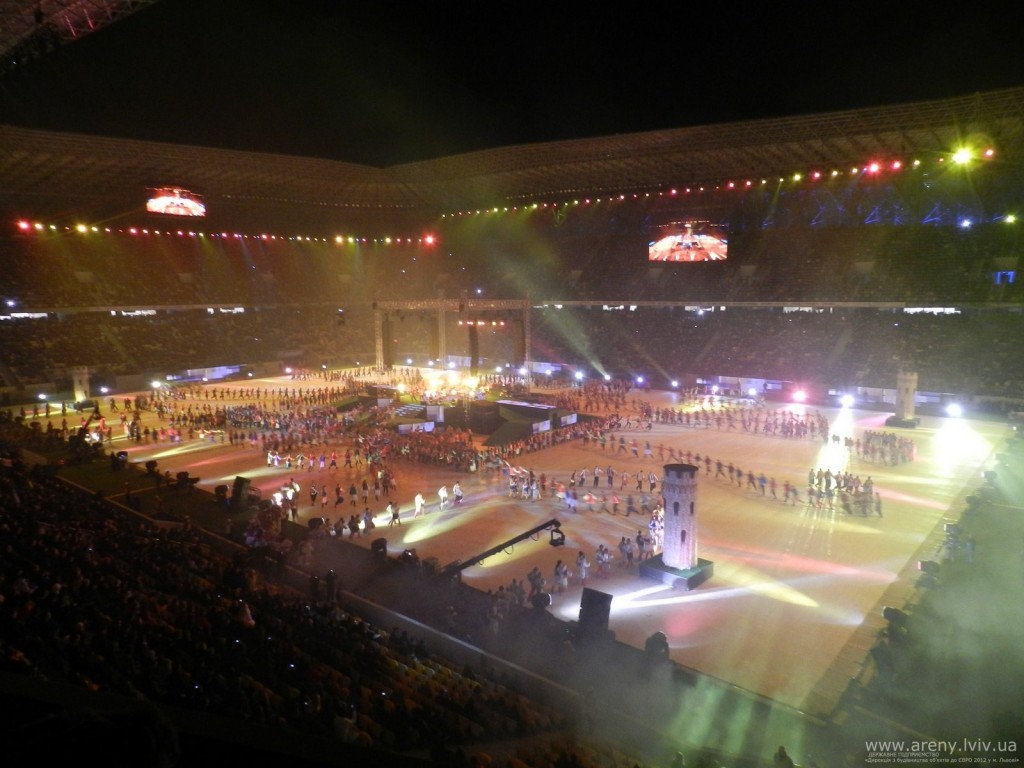 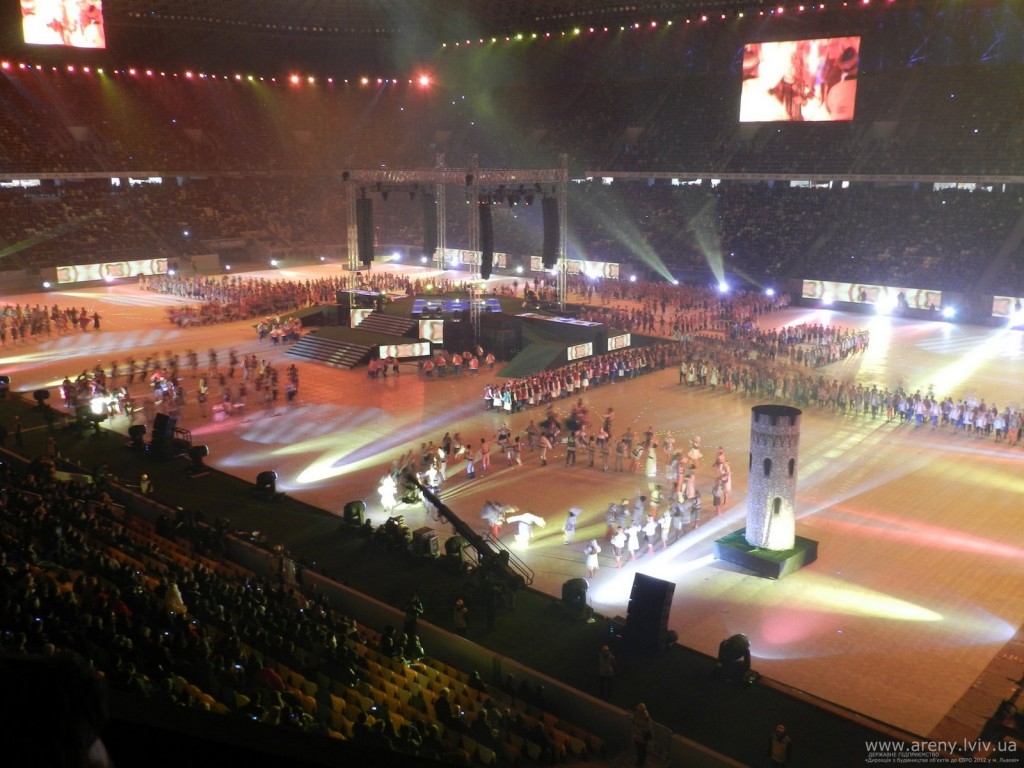 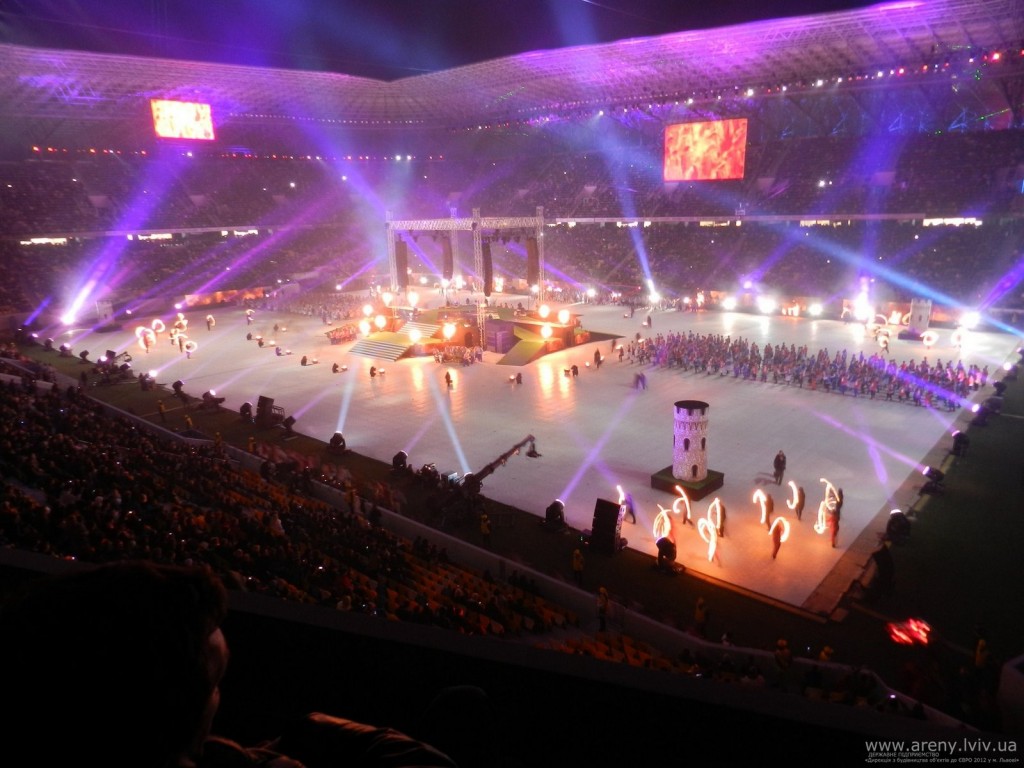 In the stands were nearly 20.30 filled. Attended by about 28 thousand people (of the stadium is designed for 32.6 thousand persons).

The Stadium Lviv Arena in 2012 celebrated its first birthday. As promised the organizers, the celebratory act was a real surprise for all guests. During the evening they were entertained by some 2,000 artists, as well as the French circus. No less striking was traditionally incendiary speech Ruslana, which is specifically for birthday of stadium performed her new hit, "Come on, play!".

The final stage in the concert program was the appearance of flamboyant pop diva Anastacia and unforgettable pyrotechnic show. Within 45 minutes the audience was giving the star his best songs. Her world hit «Let out side alone» caused the greatest applause from the audience. 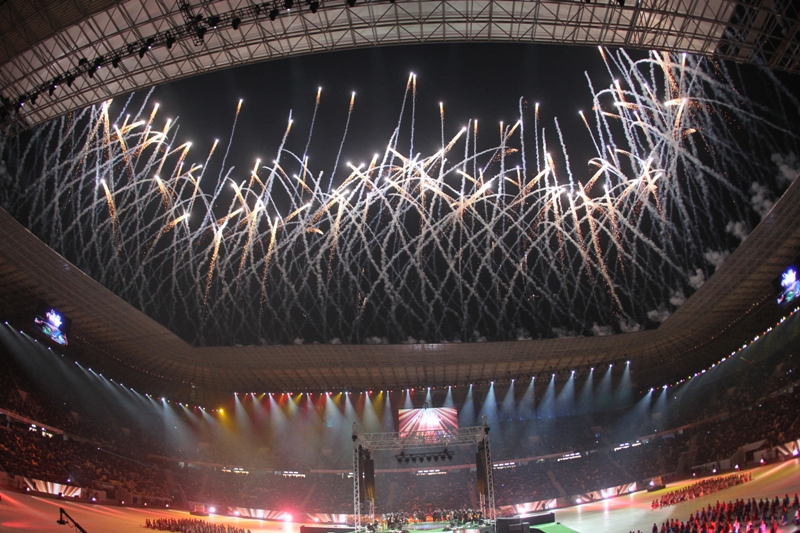 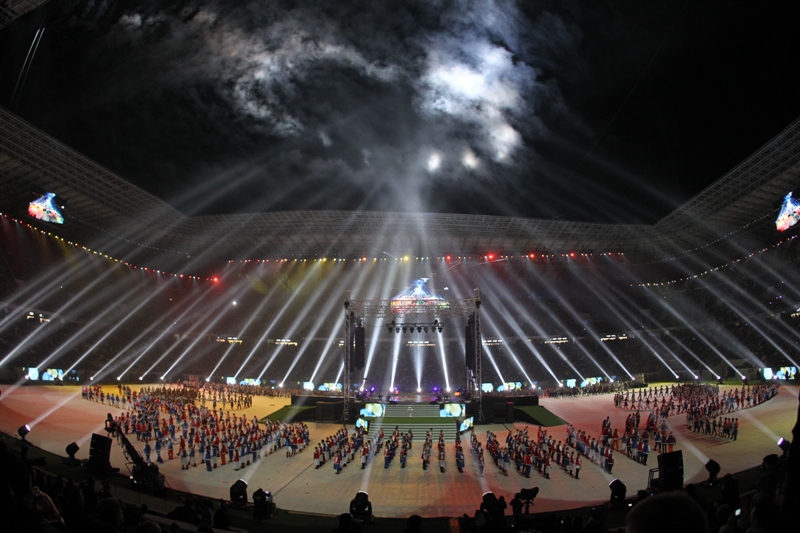 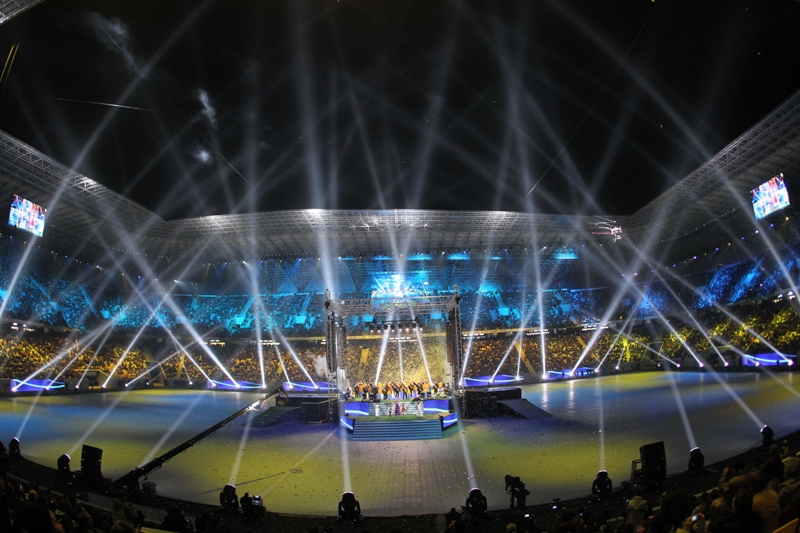 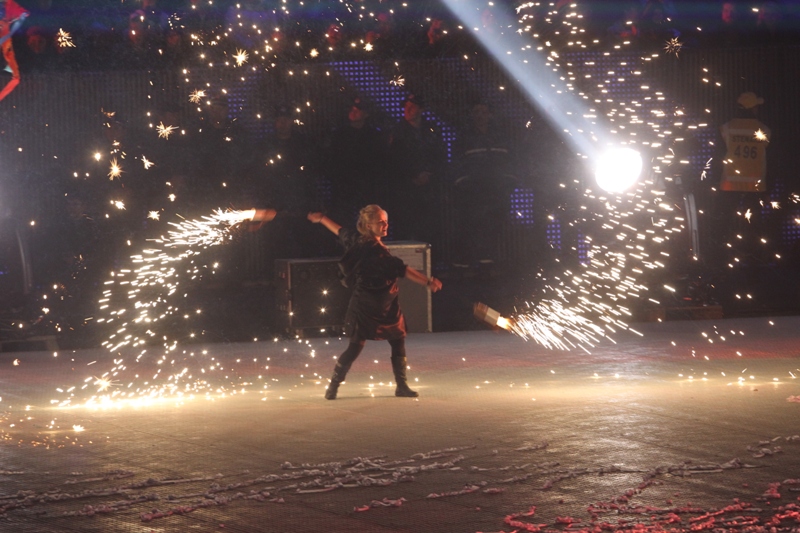 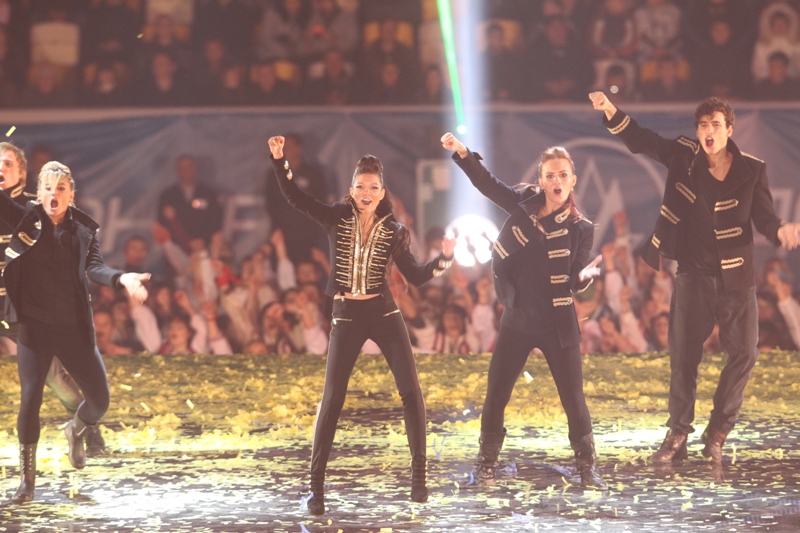 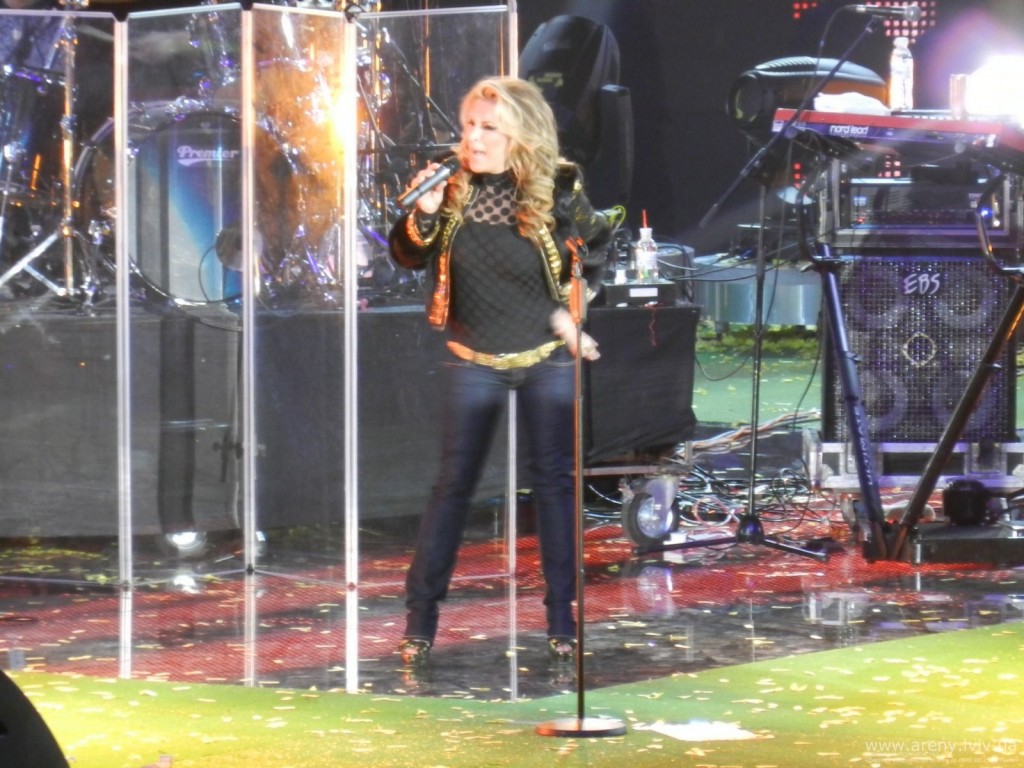